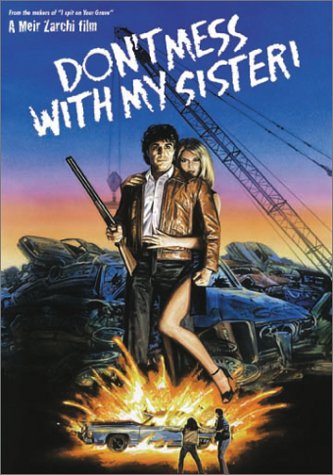 This movie was made by the director of the late-70's cult hit I Spit On Your Grave. This was his second and last film as a director. This film gets mostly a bad rep due to it's unresolved plot. It's based around a guy who cheats on his wife with a bellydancer after helping her escape the clutches of a fat perv who's trying to rape her. The guy works for his wife's two brothers at their junkyard. When they find out about him cheating on their sister they beat his ass (a lot). The brothers also trash the bellydancer's apartment and the sister comes with them. This is when a great scene happens where the sister accidentally cuts the bellydancer's hand and the bellydancer says in an unexcited, totally deadpan voice- "Get out of here". It's so weird. The ending is hilarious and amazing and makes no sense. Just like life. Available at I Luv in the action section.
Posted by Blake at 12:37 PM