I haven't posted here since August! Been buried with work and other stuff. Recently scored a Laserdisc player and have been obsessed with scoring discs for that. If anybody's got any leads, hit me up. Here's some stuff I scored from Half Price Books recently:

This movie premiered in Austin, and was a huge midnight movie success. Don Johnson is bad ass in this.

This is a pretty out there movie about Bill Paxton moving into a new house and being terrorized by a burly, long-haired homeless guy who lives in the vacant alley across the street. I would have preferred a little less comedy and a bit more strangeness but whatever. The vagrant is played by Marshall Bell who played the guy who has "Quato" growing out of his stomach in Total Recall.
There's a scene where Bill Paxton has a dream that the Vagrant is fucking his girlfriend, it's gross. This VHS tape was recently found at a garage sale in north Austin. Look for it.
Posted by Blake at 10:09 AM 1 comment: 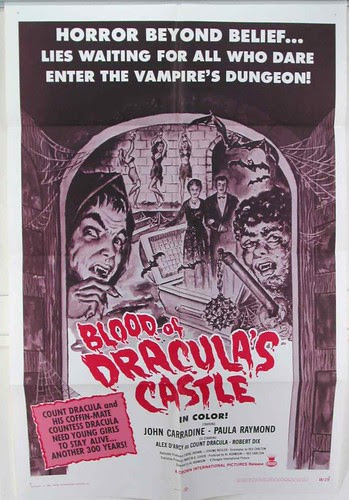 This is definitely one of my favorite Al Adamson movies. It's got a psycopath, a giant hunchback freak, John Carradine as a butler, and some phenomenal sets. A lot of time is spent on long shots of stuff that's essentially filler footage, but it's shot in such a great locale that it's not difficult at all to deal with. Al Adamson got lots of shots of nature and sunsets in these films. He liked to film beautiful images of sunlight sparkling on lakes. His use of simple, and beautiful shots like these seriously add to the vibe of his films. The plot revolves around the hunchback kidnapping girls to keep as slaves in the dungeon of Dracula's castle. The girls routinely have blood extracted from their bodies to make cocktails for Dracula and his wife. A psychopath who works for the family runs around a lot randomly killing people for some reason. This movie goes way out into the stratosphere and turns into some hyper-layered experiment into the boundry definitions of so-called low budget horror movies. 70's television maybe unconsciously owes a lot to Adamson movies like these. They're bursting with creativity, and prove that low budget movies back then were often times the most inventive. This DVD is also part of the Rhino "Horrible Horror Vol. 2" box set of Crown International movies.

Quiet Cool Is beyond roguish. This movie defines roguishness. It's about a kid whose parents get murdered when they stumble upon a weed growing operation while camping. The kid spends the next few months living in the same woods trying to figure out a way to get revenge on the weed-growing gangsters who killed his folks. Enter James Remar. He's a cop who is sent on a special mission to bust the gangsters. He meets up with the kid who helps him get at the crooks. In one scene, Remar's character jousts a guy with a pipe while riding his motorcycle. The begining of this movie has a scene involving a purse-snatching rollerskater and a motorcycle being ridden onto the subway train that has to be seen to be believed. One of the best 80's action movies ever. Available on VHS in the action section at I Luv Video on Airport.

Fuck it, here's the rollerskater scene, 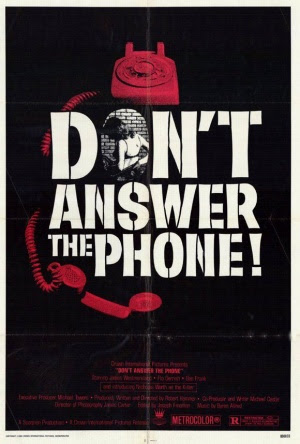 This movie will make you feel really disgusted and scared. It's about a psycho / strangler / rapist in the L.A. area, played by Nicholas Worth (the fat guy who turns into a midget in Swamp Thing). He methodically stalks women and kills them usually via strangulation then calls in to a psychiatrist's radio show and taunts her with an insane Spanish accent. You get to see Worth lifting weights and tying panty hose around his neck. He is one of the craziest psychos you will ever see in a movie. In one scene, he lures a hooker back to a hotel with the promise of shooting a speedball, then makes her call in to the radio show while he strangles her. When her pimp walks in on this scene, the two get in a fist fight which ends in the psycho's favor. There's tons of scenes where Worth's character is just driving around scheming. It's in these scenes that we're shown the grimiest sectors of L.A. circa 1980, and it's fascinating. As far as creepy films go, this one's right up there with naseously depraved and depressive horror classics like "Maniac" which oddly enough was made the same year as this. Not a cozy horror movie by any means. "Don't Answer The Phone is a sadistic, bizarre, totally thought-out study in psychotic madness. A movie like this wouldn't / couldn't be made today. Available as part of Rhino's "Horrible Horror Vol. 2" box set of Crown International films.
Posted by Blake at 6:14 AM 1 comment: 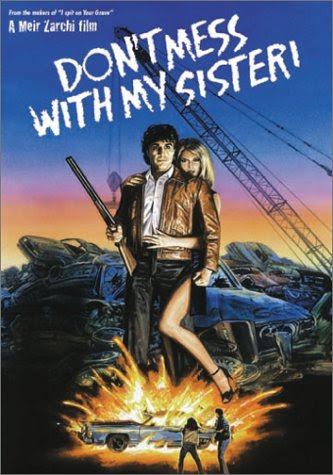 This movie was made by the director of the late-70's cult hit I Spit On Your Grave. This was his second and last film as a director. This film gets mostly a bad rep due to it's unresolved plot. It's based around a guy who cheats on his wife with a bellydancer after helping her escape the clutches of a fat perv who's trying to rape her. The guy works for his wife's two brothers at their junkyard. When they find out about him cheating on their sister they beat his ass (a lot). The brothers also trash the bellydancer's apartment and the sister comes with them. This is when a great scene happens where the sister accidentally cuts the bellydancer's hand and the bellydancer says in an unexcited, totally deadpan voice- "Get out of here". It's so weird. The ending is hilarious and amazing and makes no sense. Just like life. Available at I Luv in the action section.
Posted by Blake at 12:37 PM 1 comment: